I love taking photos of my dogs. If you follow me on Instagram you know this already. Most folks know I have two dogs but based on my photo stream it would appear as though I only take pics of our Brussels Griffon, Murray, better known simply as the #Beest. While it’s true that #Beest is my boy and he’s almost always hanging out with me no matter where I’m at, and he’s a total ham for the camera, it wouldn’t be accurate to say I’m showing favoritism or simply don’t like our other pup, the sweet Affenpinscher Trudy “Poops” Baggins. I do take lots of photos of Trudy but I rarely post any of them because she hates getting her photo made. If I put something up to my face she will either turn her head or start growling and barking at me. She really – for real – just hates it.

So, with that in mind, the rare occurrence when I get a photo of her that’s not only usable but actually pretty good, I have to make a big deal about it, hence why this single photo is getting its own post. 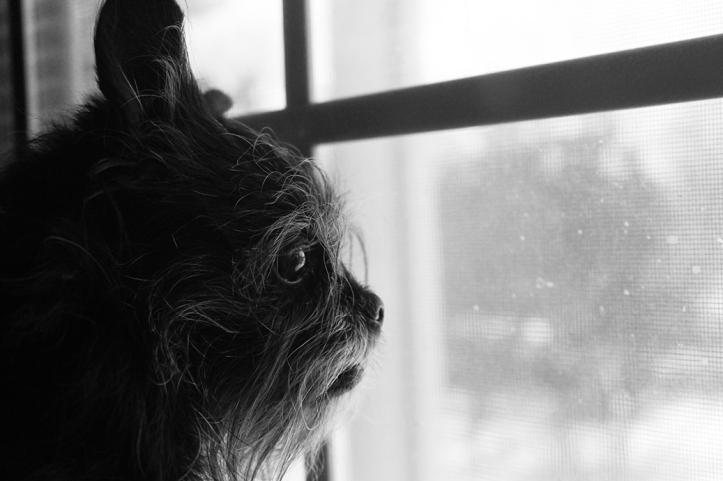