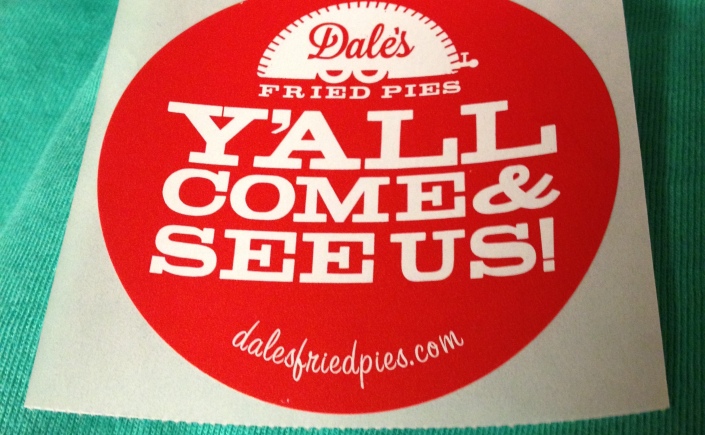 Some changes worth noting: the originally stated $500 permit fee has been dropped to $400 and even lower ($200) for trucks only wanting to operate on private property. Addition time has been allotted for business hours as well, adding the hours between 4pm and 8pm as potential hours of operation.

Obviously, this program isn’t perfect but it’s definitely a great start and as the Metro Pulse points out may – and likely will – change in the next year as the city learns more about the eating habits of its locals and visitors, as well as the business practices and benefits of the food trucks that have worked so hard to help make this happen.

Head over to the Metro Pulse for a beefier story

It’s no secret that I have absolutely loved living in Knoxville for the last few years. This town has given me such great opportunities and has allowed Erin and I the ability to experience some pretty amazing things in a very short amount of time. We live in a fairly quiet neighborhood but in just a matter of minutes we can be somewhere that meets whatever immediate need we may have. Way different than what we came from (Kingsport & Blountville, TN & Morganton, NC). There’s always somewhere new to go – always something new to try.

Knoxville is the perfect size for us. Much bigger than our previous “homes” but without a lot of the hustle required in some of the even bigger cities. Unless you’ve been under a rock for the last few years, you already know about an exciting and popular trend in the bigger cities that is the explosion in popularity of the food truck. Food blogs go crazy for them, foodies flock to them and there have even been a couple of nationally broadcast television shows focused on them. Not surprisingly, Knoxville has opened up to the trend in the last couple of years and the food truck scene has been rapidly growing.

I was lucky enough to sample a lot of the local food trucks (and some from further out but still regional) while our Food Network Kitchen was being built at work and the company brought the trucks in for us. There I was introduced to the likes of Savory & Sweet Truck, Tootsie Truck, Dale’s Fried Pies, Taco Sherpa, Farm to Taco, Crazy Good Burgers, Southern Burger Co., GAC Food Truck, Taste of Argentina Truck, Chef Deuce’s Island Grill Food Truck and many, many others. They brought a wonderfully diverse selection of unique and tasty food while simultaneously providing us with an experience unlike any other in Knoxville. The food was fresh, scrumptious and fast.

And while the food truck trend has started taking off in Knoxville allowing trucks to roll in to various locations around town including the Market Square Farmer’s Market, it appears as though some downtown restaurants are not very big fans.

I found this story yesterday in Knoxville’s Metro Pulse weekly that explains how a fairly large list of downtown restaurants have banded together and hired a lawyer in an attempt to make these trendy and tasty food trucks move away from their “territory” or at least confine them to a not-so-pedestrian-friendly area. These restaurants are claiming the local food trucks have an unfair advantage over them saying they are more able to take advantage of good weather & special events, impedes pedestrian traffic, are able to advertise better with their “tacky” mobile signs and do not have to abide by the same laws and guidelines a brick & mortar location has to.

They claim that these food trucks are “poaching” their clientele.

And I think that’s rubbish.

And so do the food truck owners who have formed the Knoxville Mobile Restaurant Association (KMRA) to defend their rights to operate their business the way a food truck should be able to. Their arguments against the ridiculous suggestions provided by the Downtown restaurants include proven facts regarding how food trucks in bigger cities such as NYC, LA, Vegas & Austin have not only not hindered business at brick & mortar locations but actually helped them thrive by bringing more people out into their community, provides a quick & convenient lunch option for people working in the immediate area and also brings a young, smart culture to the area that may not have come out otherwise.

And the bit about food trucks not having to adhere to as many regulations as fixed locations? Not true. In fact, the trucks have more laws to abide by.

I know that the food trucks in downtown are a big draw for my wife and I as we enjoy getting to experience new things and the trucks are able to provide a regularly changing & unique menu for us to do just that. We do not feel, however, that this option has made us less likely to visit some of our favorite fixed locale restaurants downtown. We view the food trucks as just another option – if we’re in the mood for them, we’ll eat there, just the same as we would any other restaurant. If nothing else I strongly feel that the presence of the trucks in their neighborhood should just be a reason to up their game a little – if people quit coming to your restaurant it isn’t because the food trucks have somehow magically hypnotized your guests into coming to them instead – it’s because the food trucks provide something you don’t.

Let that sink in. Maybe your competition is better than you.

To not welcome this challenge as a business – in my opinion – is the sign of a lazy business. Like it or not, times change – people’s tastes change, trends come and go and just like the newspaper print industry, if you’re unable to keep up then you’re going to get passed by. If you truly think your business is going to suffer because a competitor moves in next door, then you’ve never really had much faith in your model to begin with.

I really hate to see names like Bistro at the Bijou, Soccer Taco, the Crown & Goose and the French Market Creperie on the list of downtown businesses that are opposed to the presence of the trucks as I valued my experiences at these businesses and intended to repeat my business there for as long as I live in Knoxville. Competition is just a part of being a business and a motivated business with a quality product is what the people are looking for – regardless of who’s parked out front.

Also being covered at WATE

Also, here is a petition supporting the Food Trucks in this fight.

Here is a well written article at InsideOfKnoxville.com that summarizes the ordeal (with photos!)

I’m not an authority on this issue – just a foodie that has been treated well by a lot of good food options in Knoxville, both fixed locale and mobile.

If you’d like, show your support by following some of the local mobile food options on Twitter:

I found this awesome infographic at Foodbeast who apparently got it from Visually with a little help from Mashable. It does a pretty neat job of visually showcasing the growth in food trucks in the larger cities.

On 3/12 a public meeting was held at the Southern Depot re: The Knoxville Food Truck Pilot Program. Among the items discussed and documents released include 1) a Mobile Food Vendor Pilot Program document outlining the purpose of the program, definitions, requirements and responsibilities as well as a list of seven designated locations for the trucks, 2) a FAQ sheet answering various questions regarding the goal of the program, how to become a part of the program and requirements for joining the program and 3) a copy of the required Mobile Food Vendor Permit that asks for information such as basic contact info for the truck and its owners, various license numbers and the type of equipment to be used on the truck.

Some items from this last document I found interesting were required but are, I guess, within reason are what social media platforms the truck is active on, the address where the truck intends to use for grease trap disposal and the weight of the truck, since – and I learned this for the first time today – a vehicle weighing 26,000lbs or more requires a commercial driver’s license to operate.

Oh yeah, and the mention of an additional $500 fee to be paid by the truck.

On a personal level, between all of the permits, licenses, fees and other minutiae required to simply run a normal business, let alone a mobile one, I can’t help but really admire the many food trucks in Knoxville who are still banging around. I wish them all the best and I hope Knoxville continues to be an accommodating home for them!

As usual, Metro Pulse has the scoop and links to the above documents here

WBIR has also covered the story with a nice video that can be found here because WordPress is silly and doesn’t like the common Object tag.