It only took a few seconds from when I plugged my headphones in, hit START on my Runtastic app, and started a brisk walk on the Knoxville 10-Mile Greenway until I had found a key, a door, and a tunnel of opportunity to escape from Alcatraz and be on my way to freedom, answers, and the truth. Today was the second day I’ve utilized Runtastic Story Running and also the second time I utilized the Carrier of the Truth: Beyond the Walls of Alcatraz as my story of choice. I ran through the dark tunnel and then the woods, avoiding the police chase, their dogs and their helicopters. At the end I was able to get to the train station and be on my way to straightening my life out. I ran for 3.13 miles and when I hit FINISH I took a few breaths, stretched and was overwhelmed with a sense of accomplishment. Not for getting my run in today or for running 3 miles, but for running for 52 weeks – I have been a runner for a full year.

In the last year I have lost 45lbs, reversed my type-2 diabetes, got my liver enzymes, cholesterol, and blood pressure all at normal levels, started a new addiction in the form of boxing workouts, completed Couch-to-5K, completed 5k-to-10k, ran a total of 326.72 miles, and competed in six 5K races with a PR of 33:05 set just back in July at the Pilot Fireball Moonlite Classic 5K in downtown Knoxville, TN.

What a Difference a Year Makes! 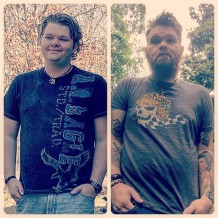 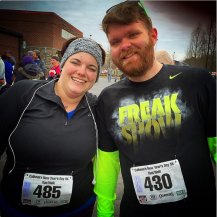 So now the goals change but they’re not clearly defined at this point. I don’t care much about losing any more weight but I’d love to drop my body fat percentage. That’s a pretty good goal to have but I don’t have any idea what my percentage actually is. I’m going to continue running, though the goals there are sketchy at present, too. Am I going to train for a half? Probably but also maybe not. My first 10K is this coming Saturday, so there’s that. Erin will begin her week 1 next week on her own health adventure and we’re going to begin in the basement where I have a four-week workout planned for her based on what I’ve learned at Title Boxing Club. When she approaches the end of that we’re going to get memberships at Planet Fitness where we’ll both progress down our own paths to reach our individual health goals. So while I don’t want to throw any of this on her, I figure it’s safe to say that my ultimate goal for the next year is to keep her motivated and lead her by example so she can reach her own goals.

So I guess this is the last time you’ll see this table in its current state. After today I’m going to cut it down to be 2015-only with a new yearly goal that I hope to reach by New Year’s Eve (350 Miles). I’ve already cut some stats out like Miles Left Until Stretch Goal, 340 Miles because I didn’t reach it – short about 13 miles, actually. Anyway, here’s the year. Happy runner-versary to me!

Finally I want to dedicate my last year of accomplishments to two very special guys that we lost this week. Two very close friends lost their gentlemen on the same day. Talk about a hard day to get through. Juneau and Shakespeare were perfect gentlemen and will be missed. 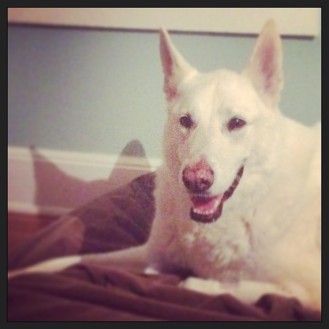 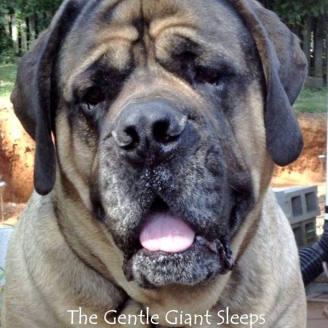