It’s that time of year again where I spend three days going over my favorite music from the last 365 days. Just like the many music blogs I follow, you probably won’t agree with this list and also just like those sites I’m not really qualified to recommend anything to anyone … Just like last year, I’m breaking this down into three posts: 6 favorite new releases of 2018, 6 favorite NOT new releases I rocked hard in 2018 and 6 songs I killed my eardrums with — both new and old — in 2018. Because there were a few close calls, I’ve chosen to provide 6 honorable mentions as well.

All three sets are in no particular order. 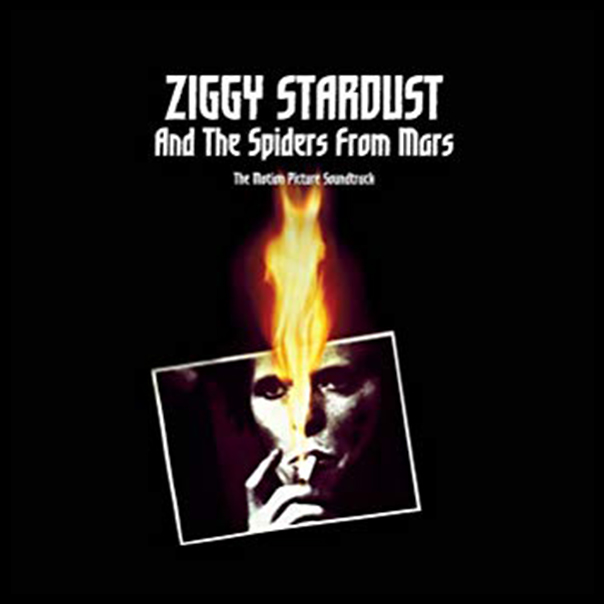 I’ve been particularly fascinated with David Bowie for the last year or two. I’ve done a few deep dives into his early discography, watched interviews, read articles, etc. One particularly interesting story I dug up was when there was an initiative to capture this, the final concert ever performed by Ziggy Stardust and the Spiders From Mars. Technical issues proved to be quite a headache during the shoot and post production had so many hold-ups it would be a full decade later before the film and accompanying soundtrack were released.

And though the Ziggy Stardust character had long-since given way to Aladdin Sane, the Thin White Duke and the Let’s Dance-era Bowie … Mr. Stardust was revived for motion picture and home audio with this release and a magical moment in music history was thus shared with the world. One can’t get the full grasp of how rocking Bowie was until you hear live recordings such as this one. Tunes like All The Young Dudes and Changes are given an energy the studio recordings just couldn’t capture. My Death is as haunting as you could ever imagine and the closer Rock ‘n’ Roll Suicide is the kind of song that could go on forever and you’d never mind it. Throw in a few classic “big” hits like Ziggy Stardust, Space Oddity and Suffragette City and you have a damn-near perfect setlist from a damn-near perfect artist and his band. Extra-extra points if you add Oh! You Pretty Things, Moonage Daydream, The Width of a Circle and a cover of the Velvet Underground’s White Light / White Heat — those are all on there, too. 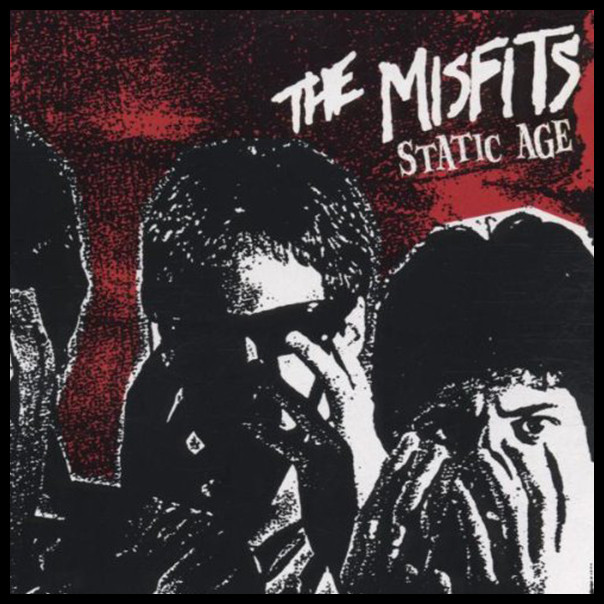 I think I said last year that this is going to make it on the list every year. And here it is again. My favorite album by my favorite band. There’s not a run you can’t run, a weight you can’t lift or a shitty day you can’t get through when you have the likes of Last Caress, Hybrid Moments, Teenagers from Mars or Bullet in your headphones. There’s not another punk band that did it like the Misfits and there won’t ever be another one like them.

Lo-fi, dirty, fast, mean and campy, this Misfits album is everything you want in horror-punk and is a perfect 101 for anyone wanting to get into the genre. Songs like Angelfuck, Last Caress and Bullet can satisfy someone looking for exploitative shock value but then you have songs like Hollywood Babylon and Return of the Fly that are big-time dancers. Are we evil? Are we having fun? Is this okay? 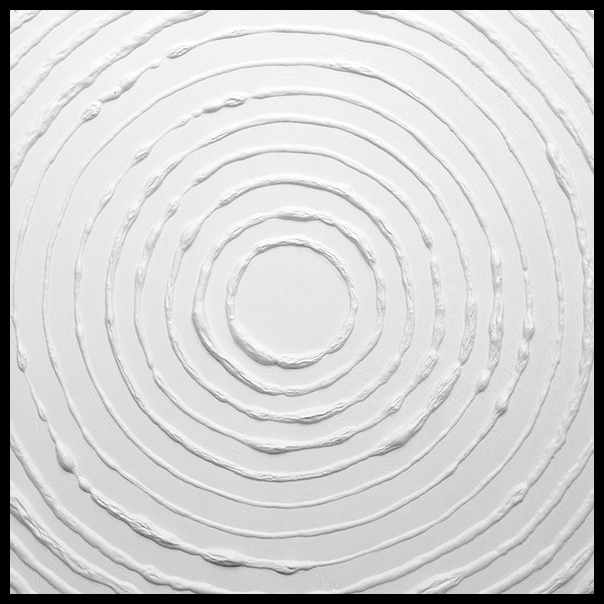 The Lees of Memory – The Blinding White of Nothing at All
Release Date: (November 24, 2017)
My Favorite Tracks: It’s Too Late to Change; There is Love Everywhere; All You Really Want is Love

The only thing that really tops this album is getting to see the guys play a lot of it live in Birmingham earlier this year. 2018 has been such a turbulent year for me and while bandmates Brandon Fisher and John Davis didn’t know it, they sang about everything I was feeling. And had been feeling. And would feel:

Thank you so much, guys. Y’all kept me alive on more than one occasion this year and I love you for it. 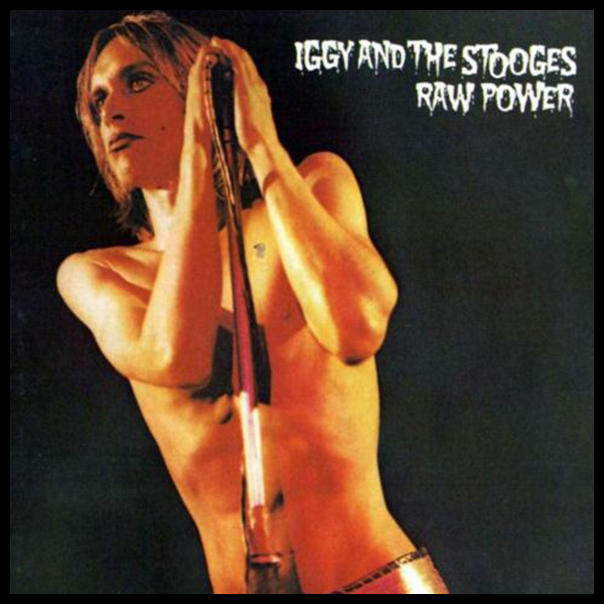 Earlier in the year I went on an Iggy Pop binge at my local used record shop. I picked up 1969, Raw Power and Lust for Life and listened to them all over and over and over. Hell, they’re all three still in my car just in case of emergency. There’s no better way to describe the sound on this record than the album title, itself. It’s so pure, so punk, so fucking raw. Iggy is an icon in my eyes — one of the Holy Trinity that is Iggy, David Bowie and Lou Reed — and despite his questionable actions, substance abuse, etc. is still a role model in my eyes.

Each time I put on the microphone at the gym, I channel Iggy. I mean, I keep my shirt on and nobody gets smeared with peanut butter, but that charisma and that pure energy that throws caution to the wind — THAT’S what I’m going for. If I’m having a rough day — Search and Destroy. If I’m feeling angry — Your Pretty Face is Going to Hell. If I just need a boost — Shake Appeal. I love this album so much I’m going to get Raw Power tattooed on my right wrist when the time is right. Though I must admit that I made this much-smarter decision after deciding to NOT get a tattoo of a cheetah wearing prostitute lipstick (inspired by the opening line from Search and Destroy — I’m a street-walking cheetah with a heart full of napalm). 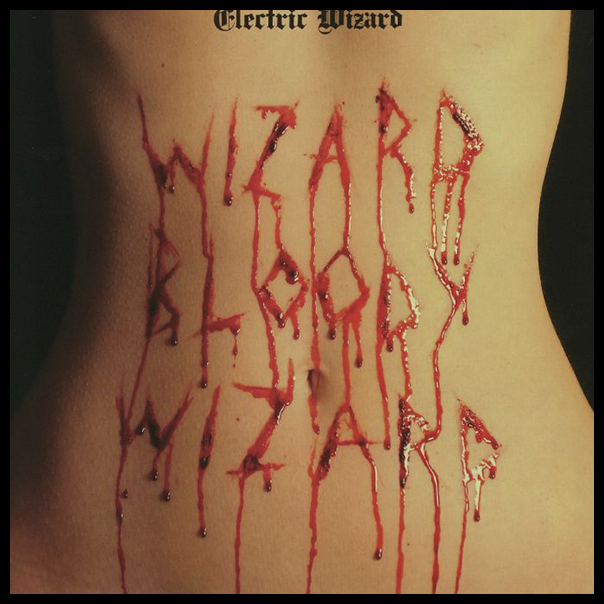 I didn’t get to listen to this properly until 2018 so earlier in the year I was way excited to get to include it on my “new” list but … I was a little late to the party. I was already a fan of Electric Wizard and their brand of doom with a little drop of acid but nothing had really grabbed me the way the tracks on this album have. The strangest part of this six-track record for me is that a LOT of metal websites gave it either shitty or “par for the course” reviews. It’s easily one of my favorite records that I’ve rocked this year, though.

When album opener See You In Hell fades in, the listener is baited by a monotonous, two-note riff that would drive one to insanity if listened to long enough before the band comes in and turns the song into one of the heaviest sounds I’ve heard in a very long time. I mean — it’s HEAVY. So heavy, each time the bass rumbles across your speakers, the ground around you begins to dig itself up. Before song’s end, you’re actually in Hell and this album only continues. Is it as innovative as previous Electric Wizard releases? Maybe not, but that doesn’t change the fact that heavy album is heavy and I have a major hard-on for it. 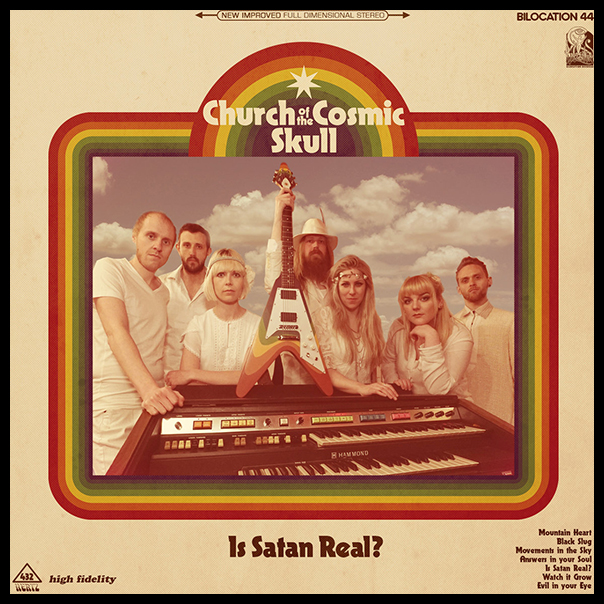 Church of the Cosmic Skull – Is Satan Real?
Release Date: (September 16, 2016)
My Favorite Tracks: Mountain Heart; Is Satan Real?; Evil in Your Eye

I accidentally found out about these guys while going down a wild-ass rabbit hole on YouTube early this year. The song I found was Evil in Your Eye — a 9-minute rocker whose intro prominently features an organ that’s just as hypnotic as it is unexpected. When the opening lyric comes in — I wanna take you … I wanna take you to the ocean — something in your soul will be overtaken. The cult-like vibe of Church of the Cosmic Skull is real and I’m following hard.

They’re not metal in the way common metal bands are, yet there are influences of doom, 70’s prog rock, arena anthems, psychedelia and choir-like backing vocals. The combination of these elements creates a truly unique listening experience. Hard-hitting and heavy highs meet droning and heartfelt lows on this record, leaving the listener engaged for the length of all seven songs. Related: There are seven members in this band. And you can hear all seven of them.