In my personal, imaginary trophy case I keep in the corner of my mind and walk by whenever I need to reflect contains a lot of various trophies, certificates, ribbons and awards that I’ve earned over the years. Achievements such as winning Mighty Multiplier in third grade, winning the Math Award in the 8th grade, the day I had my first (fast, sloppy, boring and machine-gun-fierce) French kiss, getting my first car at 15 and winning husband of the year every year consecutively since 2009 are represented in this well-lit, always-polished case of some important, some not as important life tasks I’ve been able to achieve in my nearly 30 years of life.

March 24, 2014 will go down in my personal history as a day of great achievement. And I’m not referring to the fact that I finished the final book in the Harry Potter series, The Deathly Hallows, either (which, I should go ahead and say that yes, indeed, I did finish reading The Deathly Hallows thus finally finishing the Harry Potter book series, also an achievement I’m placing on a shelf…).

As a child, Super Mario Bros. 2 was my least favorite Mario game for several reasons: Super Mario 1 was the first game I got for my NES and spent the majority of my time playing it, Super Mario 3 had better levels, interactive maps, collectable power ups and better graphics and Super Mario 2 included a Peach character that had an annoyingly long jump that I never found useful and a Luigi character that had an even more annoyingly long jump that had an equally awful leg animation. Most of the time I would lose before completing World 2 or would warp in level 2-1 to World 4 where I’d die shortly after.

As a result, Super Mario Brothers 2 was one of my least favorite and least played games on my old NES system.

In more recent years I’ve grown to like Mario 2 a little more – maybe better than the other two – since downloading it for my Virtual Console on the Wii. I’ve played it off and on over the last few months, each time making it a little bit further than before, sometimes not making it quite that far and saying dirty words as a result.

In the evening hours of March 24, 2014 while laying on my bed after scarfing down a delicious DiGiorno frozen pizza, I continued my saved game of Super Mario Bros. 2 utilizing the Virtual Console. Such a scenario is fairly common in my house – Erin reads (or sometimes sleeps) while I continue to battle this 26 year old video game. Occasionally Erin will break her concentration to watch me long enough to see my demise whether it be falling into the same pit I’ve fallen into 100 times before or losing my life to the always-evil Phanto.

She thinks it’s funny. It’s not.

But this night was different. I had more extra men than I’d ever had and was well into World 6 with no signs of stopping or even slowing down. After a few minutes of semi-struggle I made it to World 7, the world I’m least familiar with. The world, itself, is easy enough, allowing me to pass both 7-1 and the main part of 7-2 fairly easily. But then, faced with the now-attacking Hawkmouth (an opponent I didn’t expect to have), I lost a few men before climbing through to face the bastard frog Wart. 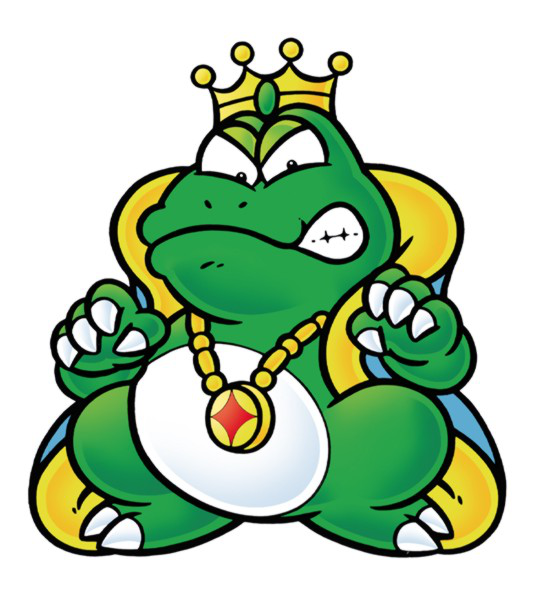 This wasn’t my first time with Wart but I hadn’t faced him many times before. I still had with me a rather impressive number of extra men to help me defeat this frog freak and went into battle like a man.

And then I turned into a girl. A childish girl. Wart’s bubbles continued to pelt me to death over and over again, each time making me more impatient and making me say things like “This sucks” and “This game cheats” and “This is impossible – they’ve made a game you can’t beat!”.

With 0 men left, I faced Wart for the final time and defeated him. Defeated him as Super Mario nonetheless. It took me 26 years but I beat Super Mario Brothers 2.

And it was a glorious night. I watched the closing animations excitedly, the way a real hardcore gamer nerd would after completing the latest and greatest computer game a day or two after its release. I even laid back and watch Mario sleep in his shadowy blue room, cap resting upon his stereotypically Italian head.

Very much like The Deathly Hallows, finishing this game was like finishing off the last chapter in a book I didn’t think I’d ever get around to reading, let alone finishing.

And so…Where does one go from here?