“I’m throwing some of this stuff out” Erin said and I gazed upon a collection of books and movies she had collected into a growing pile. I pushed some aside, glancing at a few of the selections she had chosen, images and words I couldn’t put together or even remember after seeing. But then I found a small collection of vinyl records…

…My country music records! Waylon, Willie, Johnny – they were all there. Conway was in there on top of about four Alabama records.

Then I woke up. It had been a dream. A bad one.

I was happy to wake up, both because I knew Erin hadn’t really intended to throw away my country music records but also because today is Record Store Day, 2014! My alarm was set for 7am and here I was, awake after a nightmare, at 6:30am. Monday – Friday Justin would have gladly rolled over and went right back to sleep for the extra 30 minutes but Record Store Day has turned into a yearly favorite of mine, very much like the day after Halloween. I got up, started some coffee, had a shower and at 7:30 I was ready to hit the door – wallet in one pocket, keys in the other, travel coffee mug filled to the brim in one hand, iPhone in the other with a charger cable around my wrist because I knew I’d be Tweeting like a freak.

I rolled in to my first stop – Wild Honey Records at 7:45. The store opened at 8:00 sharp and there was a queue of about 20-30 people already gathered outside the door. I told Erin this afternoon that I wanted to make my normal comment about record store freaks (like myself) and bearded hipsters (I guess like myself, too) – how it was like standing in line with Mumford and Sons, but despite the sea of skinny jeans, striped slim-fit polos, beards and flannel, it was more like a bunch of Eric Foremans awaiting entry to the earliest-opening record store. One of the owners staggered outside with a crate of RSD swag, including sampler CDs, Record Store Day 2014 Ambassador Chuck D pins, stickers, patches and posters. When the doors opened it was a friendly and somewhat organized free-for-all as RSD exclusives literally went flying off of the wall and into the hands of eager collectors. Not being one to throw elbows or get down and dirty, I merely drifted through the store, thumbing through the New To Store sections and keeping my eye on the surrounding walls lined with RSD exclusives. My haul from Wild Honey was light in comparison to the rest of my day, but musically it was quite heavy: 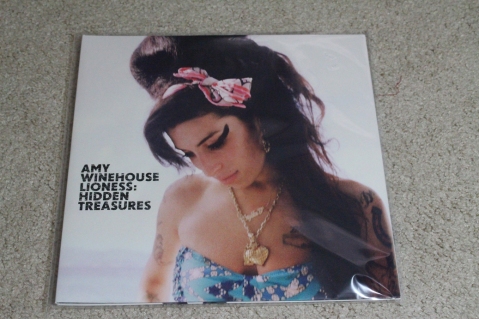 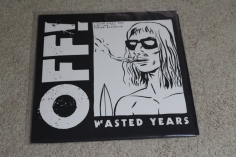 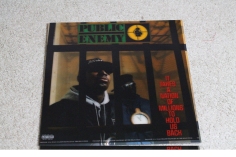 I got out of Wild Honey with plenty of time to make it to Chapman Highway, home of Disc Exchange – probably the most popular destination for RSD fans. With the store opening at 9am, I pulled in my parking spot literally in the back of the lot at 8:40 and found myself at the corner of the strip the store is located in with probably 100 people queued up ahead of me. Even more people joined the line while a young filmmaker stalked around with a DSLR on a tripod apparently shooting a RSD documentary. When the doors flung open 20 minutes later the crowd poured in quickly and turned into immediate medium-style clusterfuck. Most people formed a line and made their way around the store hunting and picking their favorite exclusives while others handled the situation salmon style and fought against the stream of people while still others took a serious asshole approach and poached records from behind the racks. Here I was able to pick up a couple of other RSD exclusive: Fishbone’s self titled record on blue vinyl and the Specials Sock It To ‘Em J.B. 45. After picking up a few other titles to beef up my metal and hip hop collections, I found the very long check out line and waited patiently for my turn to get out of there. Treasures found at Disc Exchange: 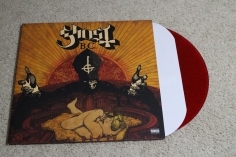 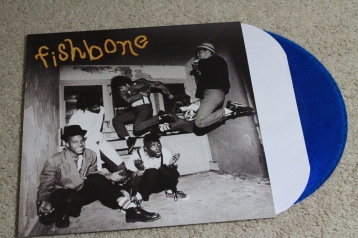 Finally, I was off to my favorite record shop nestled in Happy Holler: Raven Records. The shop opened at 10 and I rolled in about 9:50 to find about 10-12 people queued up outside the door. Raven has always taken good care of me and usually forces me to find a hidden treasure on RSD such as the soundtrack for Jamaican film The Harder They Come starring Jimmy Cliff two years ago. The store is cramped as it is so while there were relatively few people in the shop compared to my previous two stops, it was sort of hard to get around – especially if you planned on getting near the RSD exclusives. I didn’t bother fighting the pool of bodies fishing through the small exclusives section. Instead, I thumbed through the reggae, hip hop, metal and punk sections. When I finally found a place in the chaos around the front section, it had been mostly picked through but I did pick up a nice RSD Exclusive in The Rough Guide to Psychedelic Bollywood before finding a few other gems and checking out. I was also told the Raven Annex was open with the “cheap” stuff and was encouraged to check it out so I did and I picked up a bunch of other things, most of which I’d never heard even once. In all, my haul from Raven Records included:

The Rough Guide to Psychedelic Bollywood 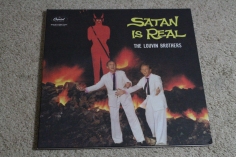 The Louvin Brothers – Satan is Real

Fishbone – In Your Face

Sarah Brightman – As I Come of Age 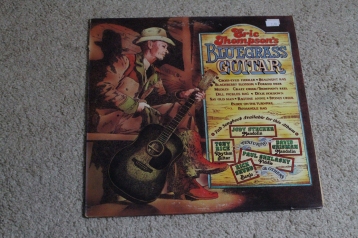 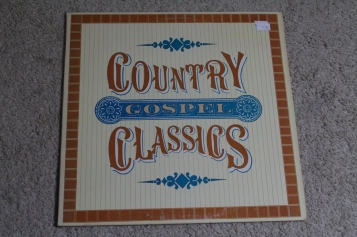 Finally, I received my favorite RSD goody from Raven Records: After spending the required amount of cash, I could choose from a few different pieces of Raven-branded merch and I chose this sweet slip mat:

Please support your local record store – here are mine: