So I missed posting about my favorites from the October Mantry box, GQ: How to Entertain in Style, but looking back, I don’t think it was as much “I forgot” as it was “I wasn’t that impressed.” The salami was good, as most cured meats are, and the chocolate “salami” was as tasty as it was an interesting concept but nothing really hit right-on for me. Thankfully our November Mantry box, Leftovers, was different and I want to share some of the things I enjoyed most: 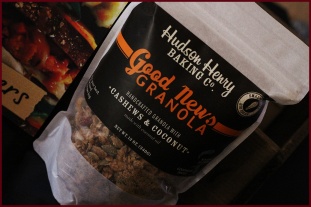 I’m trying to keep up the practice of utilizing my newborn Pinterest account to maintain a list of the Mantry items I’ve reviewed. You can find that board here.

December’s Mantry crate’s theme is Bourbon Breakfast and aims to give us a legit reason to look forward to waking up in the morning, especially during these cold, dark winter mornings most folks are currently experiencing (I say most because it was 53 degrees on the way to the gym at 5:30am here in east Tennessee). So maybe it isn’t as cold here as it is other places and maybe I’m more of a morning person than most but that doesn’t mean I’m not allowed to enjoy some of these bourbon-infused and inspired breakfast delights in this month’s box! Let’s get going: 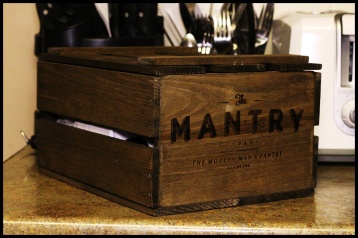 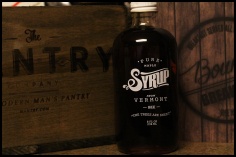 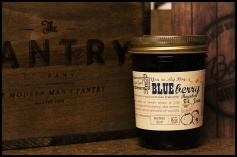 Saying I’m excited to get down on some of these breakfast goodies is an understatement. I struck out when I made these Pumpkin Chocolate Chai Protein Shakes from PaleOMG this morning – a little too bitter for my taste and, according to Erin via text message, adding honey doesn’t do it any favors. I do intend to give these another shot on Wednesday, though, and will be adding some things I think will make them taste better (and still keep it Paleo-esque) since serving them in our Butterbeer cups we picked up in Diagon Alley back in October apparently didn’t do the trick on its own!

Fingers crossed for good results from everything and tasty breakfasts!