My lovely wife, bless her heart, admitted to me this week that she sucks at waiting when she has a gift for me. Personally, I enjoy holding gifts for her right up until the day the gift is intended for (if it’s a special occasion gift), but she, on the other hand, apparently cannot do that. Being a person that isn’t into “tradition” enough for it to bother me to get gifts on any day other than the special day it was intended for, I’m happy to accept these gifts that are burning holes in her hiding places.

While Valentine’s Day 2015 is still a few days away, Erin couldn’t stand it anymore and dropped her Valentine’s Day gift on me early (Monday, actually). And since it falls into a category I regularly blog about, I felt it was only appropriate to show it off here. 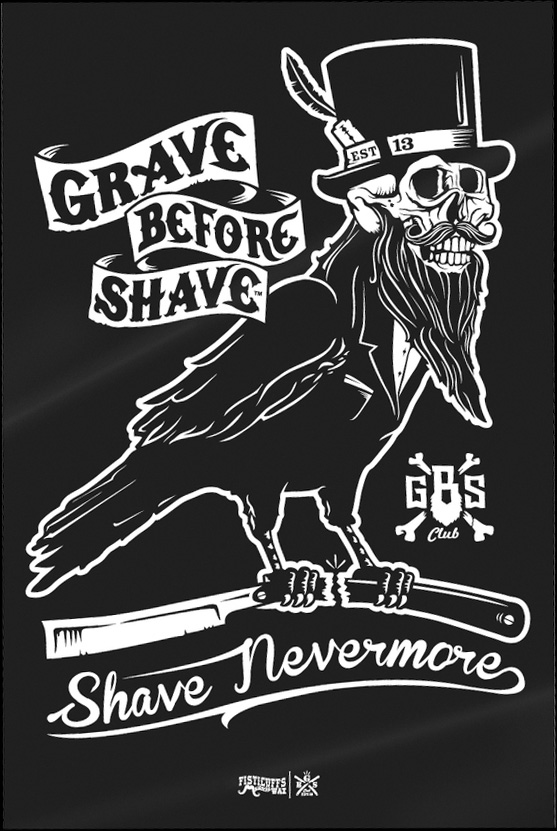 Fisticuffs Mustache Wax seems to have it figured out when it comes to marketing toward bearded guys in a time when beards are “in”, the Lumbersexual is the trendsetter and guys like me have gentlemen such as Ricki Fuckin’ Hall, Chris John Millington, Levi Stocke, and Billy Huxley as style role models. It’s a great time to have a beard and an even better time to be shallow about it.

And make no mistake – I’m very shallow about mine. I’m not trying to make some kind of statement with my beard other than “I think guys with beards and tattoos look amazing”. Just like my tattoos, my beard is very much a vanity thing and I have no problems admitting it.

So Fisticuffs is there for the bearded population, shallow or not, with their selection of beard oils, mustache waxes, pomades, soaps, and balms. On the surface you’ll find artwork and packaging that are made to appeal to “that” demographic with its classic tattoo inspired designs and descriptions that boast of natural ingredients, pleasant aromas, and the most important thing: functionality. Thankfully they offer a nice variety of bundled packages for those that want to give their products a shot, and that’s what Erin has had in her gift hiding place.

From left to right: 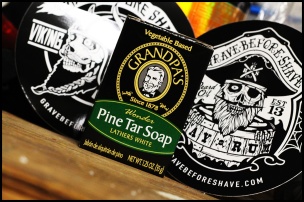 I’m looking for beard care products that are not only marketed toward me but also do what they’re supposed to do functionality-wise. So they’re definitely products aimed at my demographic but do they work?

While I’ve only had them for two days I have to say that thus far: YES. I’ve used the Viking Blend beard oil twice already and feel like it’s a quality product. It immediately gave my beard a refreshing look and feel – no longer so dried out and frizzy. The smell is lovely, too, with what can only be described as a combination of peppermint and Earth. My beard and the skin it grows on has felt hydrated and soft without being greasy. I also washed up with the Pine Tar Wonder Soap this morning and can already begin singing high praises for it, too. While it’s as refreshing as a bar of soap can be, what wins me over with it is its aroma. The soap proudly proclaiming to have a vegetable base is said to not contain any added colors or aromas leaving you with nothing but moisturizing naturalness that smells like dirt but in the most glorious way possible. I kinda just wanted to stay in the shower once I was engulfed in the cloud of steamy soil.

Kind of odd ways to describe items you actually like but like Ricki Fuckin’ Hall once said, (paraphrasing) a man should look like he smells like booze and cigarettes. Personally I think this is true but in addition should also actually smell like he’s been chopping wood and field dressing an elk or something.

I don’t hunt elk, chop wood or smoke cigarettes and I drink rather little these days but that’s not important. What’s important is if you have a beard, rock it, and if you make beard-care products they’d better be as cool, and functional, as the Grave Before Shave line from Fisticuffs!