Last week I announced my participation in Bodybuilding.com’s Still In It challenge – my announcement was my promise to get in the gym and knock out some weight lifting while following their 8 week exercise program in addition to my 3-5 classes at Title Boxing Club. The Title thing is important to remember and I’ll explain why later.

Week 1, just like every week for the 8 week challenge, included 6 workout days, one “rest” day, and I’ve taken special care to track everything I’ve done, the reps, the weights, the timing, and made lots of notes. Below are the highlights from week 1. 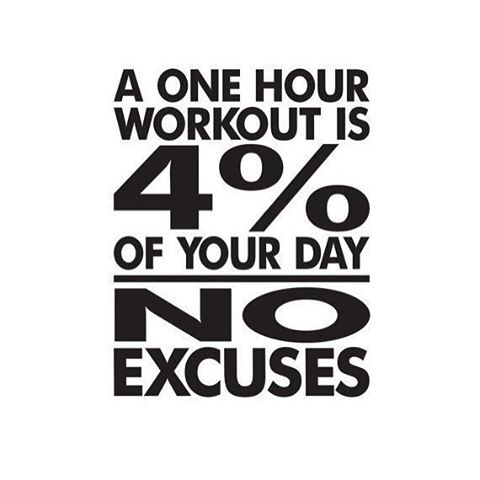 Day 1 – Legs and Core Circuit 1 was the first dedicated “legs” day I’ve done in a very long time. Since it was the first day of the program I was more than excited to get moving and so I took on the first workout shortly after finishing a 1 hour Title Boxing Club Power Hour. In the 45 minutes it took to complete the workout, I took on four sets of barbell squats, jump lunges, Bulgarian split squats, modified leg press, Romanian deadlift, modified leg curls, and standing calf raises – all broken into two supersets, one triset. I had just done the Power Hour that included 45 minutes of cardio, 15 minutes of core, and would be returning to the gym at noon to do it again, therefore 90 minutes of cardio, 30 minutes of core, so when I skipped Core Circuit 1, I didn’t feel bad about it.

I did feel bad, however, when I was walking down the stairs at work a few hours later and my quads suddenly stopped working. Anybody that’s been lifting for any amount of time will think me a newbie if they heard me cry about how bad my legs and glutes were hurting after that first legs day. I was basically injured for the next five days.

Day 2 – Chest, Shoulders, and Cardio Circuit 1: Nothing worth noting.

Day 3 – Back and Core Circuit 2: Nothing worth noting.

Day 4 – Arms & Cardio Circuit 2 I have noted as my best and most enjoyable workout so far. It was a Thursday so I didn’t have any boxing, so when I showed up at the gym full of my EVLution pre-workout, I was ready to lift and full of energy. I felt strong throughout the workout, but I have in my notes, “Weight seemed sufficient for everything for 10 reps except French Press could have been heavier. I decided to not up the weight on it because it was supersetted with the reverse bar curl and I was using the same bar and was too lazy to keep taking the weight off and on. LAZY.”

Later on I have noted “I skipped cardio because I’m already getting in 3 hours of cardio or more a week in addition to lifting, though today called for a short run and I do miss running an awful lot.” Talk about an understatement.

Day 5 – Off Day was a day I kind of wish I could take back. I went to my Title Boxing Power Hour, Friday mornings being my favorite classes to teach, and I went a lot harder than usual so I wouldn’t feel so bad about taking the day off – or feel bad for the bad dietary decisions I knew I would be making that day. I had been eating oatmeal at my desk for breakfast but since it was Friday (and payday) I treated myself to a biscuit and some bacon from the Food Network Kitchen for breakfast, then had a bacon cheeseburger and fries from Cracker Barrel for lunch. I did take Erin out for a 2 mile walk at a nearby park, but I then ate half a Hawaiian pizza from Marco’s for dinner.

When I weighed on Friday (off day) I was 222lbs, my lowest yet. After my foolish eating that day, though, my weigh-in on Saturday morning read 225lbs and wasn’t budging. Nobody’s fault but my own.

Day 6 – Legs & Core Circuit 2 was pretty awesome because I intended to be at the gym alone long before it opened at 7am but was joined by a friend that just joined Title and one of the other trainers that showed up early for the same purpose. A repeat of legs day from Monday only this time I upped the weight on most of the lifts, learned how to modify my Bulgarian split squat to be better suited for my long legs, and turned what was once a 45 minute workout into a 90 minute workout thanks to lots of BS’ing and laughing. There was also a video I’ve made a promise to never put on social.

Day 7 – Chest, Shoulders, and Cardio Circuit 2. I woke up early this morning to take care of my measurements for the month and take my weekly progress photo for my Bodybuilding.com account. I found that my legs and glutes weren’t anywhere near as sore today as they were the day after my first legs day. Not sure if that means the muscles are torn and ready for the work or what, because I certainly worked just as hard. I’m not complaining, though – it felt good to be able to jump into bed and cross my legs without wincing in pain.

I didn’t lose that other pound I gained after pizza night, but for the month, at 223lbs, I’m down a pound from last month. Not great, but I’ll take it. Other things I’ll take: a quarter inch increase in my quads, a quarter-inch decrease in my waist, a lower diastolic blood pressure reading, and a resting glucose level that was a whopping 10 points lower than last month and the first reading I’ve had this year that was below 100! I’m upset the gains in my arms were minimal if any, but I feel there’s enough good news to make up for it.

In seven days I’ve been in the gym eight times. Looks like next week will be the exact same. Am I officially a gym rat yet? 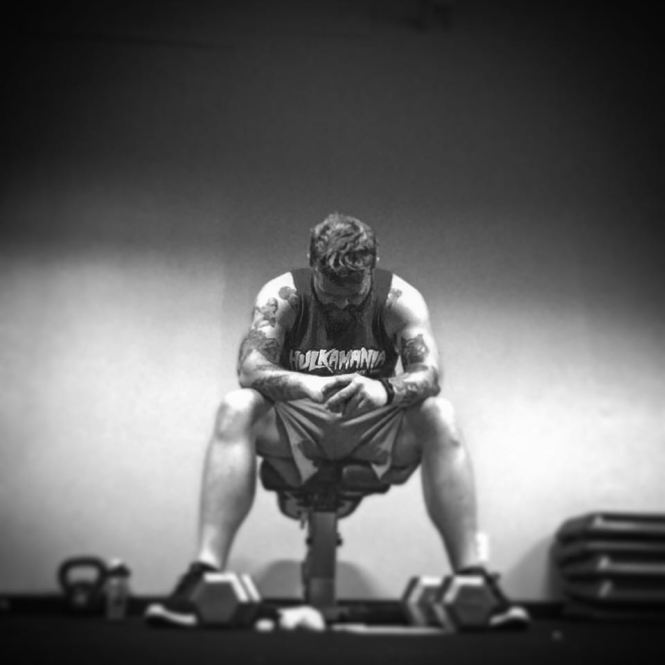