You guys already know how much I love doing photo shoots for Lost Sew’l Organics. I did it back in August ’16, then again in November ’16, and most recently in March ’17. I love shooting photos, y’all know that, but there’s nothing I like more than doing these fashion shoots with Amber and her friends.

Turns out I’ve been by it the hundreds of times I’ve driven to Pigeon Forge and Gatlinburg over the last almost 33 years. I feel stupid for skipping over it because it’s actually quite beautiful. And budding, to say the least. Lots of new shops opening and rumor has it there’s a lot of new restaurants with outdoor seating slated to open in the next few months. And right in the middle of it — this custom bike shop.

Over the last year and a half, I’ve gotten to do the above photo shoots and work with her amazing friends Sam, Caitlin and Mal. Sam is world-famous at this point. She’s been the star of every shoot, and she was back again for this one. Amber also brought along her assistant Ali and her new model Angelika.

I’ll let you figure out why I say that.

I did something a little different this time around in the form of a quick promo video. Consider this a teaser for the photos below:

I shot 626 photos and delivered 200. I’ve uploaded 47 to my Flickr account and will be pushing 17 to my Instagram. Below are 8 of my favorites. Get at ’em. Lens credits in the captions. 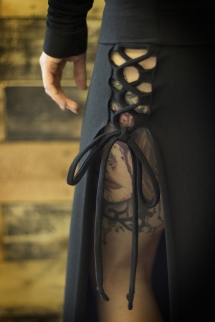 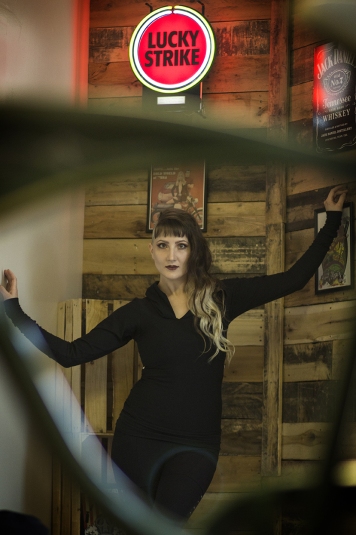 Also, thanks to Amber, Ali and Mark, we got a few BTS “action” shots. Dig ’em.

Even though Angelika and Sam did a great job making me look like I know what I’m doing, I’m always learning and looking to share my knowledge with anyone that’s interested. Here are a few things I learned on this shoot:

Here’s a lot of social stuff for y’all to get in on. Follow all of it, man!