**I’ve taken some PTO lately in an attempt to eat it up before the end of the year. No real agenda for the week but over the next few days I’m going to share little bits of what I’ve gotten into. Dig it.

Well, the best time of year has come and gone once again. After a lackluster Halloween in 2014 largely due to the freezing cold weather and the icy rain that accompanied it, I have to admit I had a very difficult time staying positive this year. Last year’s trick-or-treater count was a lousy 4 and 2 of those were probably too old to be trick-or-treating anyway. This year the radio weatherman was threatening rain all evening and there was a UT football game scheduled to start that evening.

With the odds stacked against us we still brought the pain in a way that only we can on Halloween. This year’s additions were:

Before I go into story telling I’ll go ahead and get on with the photo gallery. This year, like all other years, you can see all of my pics over on my Flickr stream. 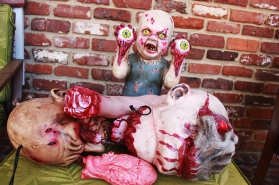 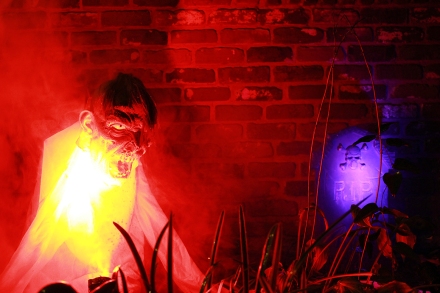 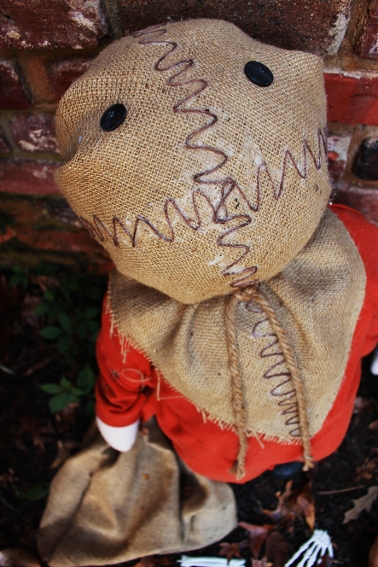 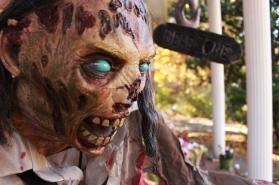 Everything got plugged in at 6:00 and we sat in the living room while I folded some laundry and just waited for the trick-or-treaters to come rolling in. Since it was getting dark already I was expecting to see some kids because in previous years we get our first ones before dusk but this year we just sat on our duffs listening to the guy on the radio go on and on about what a great turnout they’re experiencing at a “Trunk-or-Treat” event at some movie theater in Crossville.

*I’d like to take this time to quickly talk about how I passionately hate “Trunk-or-Treat” events. While these are held at various locations (in this case it was a movie theater) I focus most of my hatred toward the church and the midset it’s given its congregations that has created this “Trunk or Treat” phenomenon in the first place. I think it’s a lazy way to take your kids trick-or-treating. I think it takes away some great experiences from young children that will never know what it’s like to actually go trick-or-treating. I think it’s pathetic that the church often schedules these events along with Fall Festivals and the like on or around Halloween, presumably to prevent the kids from celebrating “the devil’s holiday” in a proper way. While I understand how mall trick-or-treating or “trunk-or-treating” appears safer I have to ask these freak parents if they really and truly think that there weren’t pedophiles and kid killers, etc. around your neighborhood when you were growing up? If you really think the world is more dangerous now in that way than it was then I think you need to seek mental help. Seriously, if you believe this then your kid lives with a lunatic.

Stop being a lazy parent, don’t rob your kids of a proper Halloween experience, stop being afraid of the world and for the love of all that is good stop believing everything your stupid church says.

We kept hearing the people laughing and having a great time on the radio yet in the Lakeshire subdivision nothing was happening. We got our first TOTs at 7:45 – three kids. We got a fourth at 7:51. Five minutes later, at 7:56, we beat last year (finally) when we got two more. Since we beat last year I was happy but could we make it to 10? By 8:09 our total was 11! Could we make 20? At 9:08 our total had reached 13 and…That’s where it ended. I had my heart set on 20, but with the threat of rain (and a few actual rain drops from time to time) and a UT football game broadcasting I was happy with what we did get.

Like the years before we got lots of compliments on our house and apparently the neighbor’s kid Facetimed with her friend the next day and walked over to our house to show them our decorations. The highlight of the night, however, was when we got our biggest group. Five kids: 1 was a young teenager – probably 13 or 14, I’m guessing, her two younger sisters, both between 8-10, their little brother, a kindergarten aged boy dressed as Leonardo from TMNT, and the youngest, a little girl dressed as the most precious little princess you’d ever seen. Leonardo was too scared to come up on the porch (because of our zombie) so his big sisters were trying to tell him it was okay. The 2nd and 3rd youngest sister both crowded between the zombie’s arms and said “See! He’s not going to get you, it’s okay!” Little did they know this zombie lunged and when he did so the younger of the two nearly shit her pants and let out a squeal! We all laughed and I walked off the porch to give the Teenage Mutant Ninja Chicken some candy.

I’ve gone through the trouble of making a daytime/nighttime walkthrough of our home haunt this year. I certainly hope you’ll take a few seconds to check it out:

Ultimately, again, I’m happy with 13. As long as one person shows up it’s enough motivation to drag all the shit out again next year so I guess we have plans for October 31, 2016!

Erin, of course, made a lovely Halloween dinner that consisted of some cream cheese-stuffed bacon-wrapped jalapeños cleverly referred to as “The Devil’s Dick”, some sweet/spicy mini kebabs of kielbasa and pineapple awesomely named “Bobbit Bites”, some Chick-fil-a copycat chicken nuggets that were out of this world, and some carrot cake whoopie pies for dessert. Everything was washed down with this lovely pineapple juice cocktail that was served in urine specimen cups! Dig it! 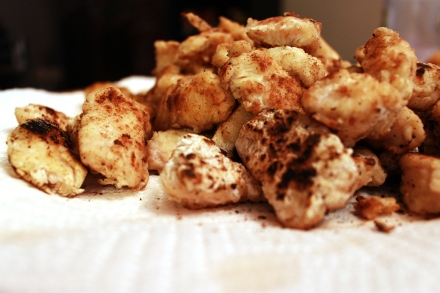 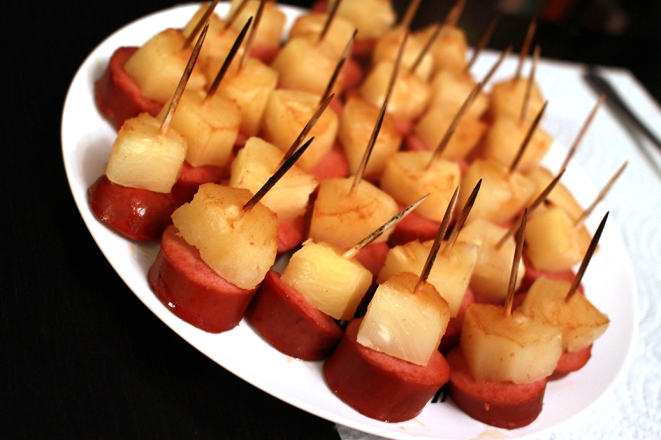 We did get to go to a party on Friday night – my bro Katie had us and several other people over for some eats, drinks, and a few laughs all in honor of her sweet boy that passed a few weeks ago, Juneau. We weren’t able to stay long, unfortunately, mostly due to me having a long run the next morning (I know, I know – there goes my obsession interfering with my social life – shuddup). I wasn’t able to get many usable photos but I did snap these two sweet pics of her pups Jonas and Maverick:

I guess you’d be wondering what Erin and I dressed as since it was Halloween and we went to a Halloween party. And the answer is a brief but oh-so-hard rocking AC/DC!

Finally, as you’d expect, we made the most of our November 1 shopping spree picking up all of the half-off deals. My main goal was the talking demon at Spirit Halloween – I was ready to knock someone out to get him, too! Thankfully we didn’t have to go out of town this year – we hit the Target near our house, another Target, At Home, Halloween City, Home Depot, Spirit Halloween, AC Moore, World Market, Party City, Kohl’s, and finally another Kohl’s. I didn’t record all of it but I did take a few snaps last night of my favorite finds of the day as we unpacked it all last night. Also – I got my demon, by god! 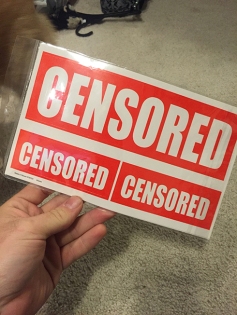 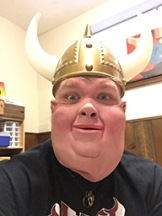 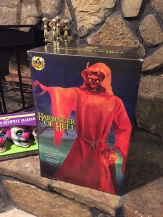 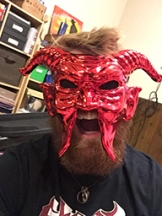 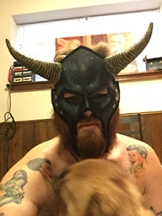 And so concludes Halloween 2015. Well, Halloween proper, let’s just say, as we’ve grown increasingly sick of Christmas encroaching on our favorite holiday so we’ve recently been celebrating Halloween part 2 on Christmas and it’s only getting stronger. Be ready to see some of that in the next few weeks!